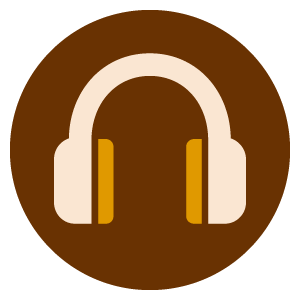 Speeches of C. Desmond Greaves & others 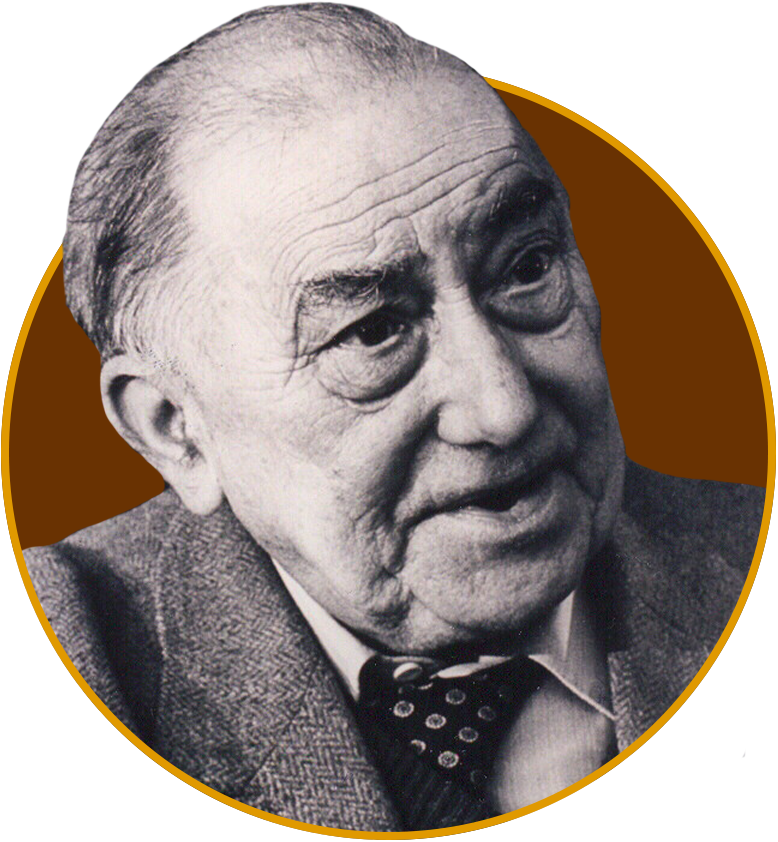 We must learn from history while living in the present. In this context audio tapes can play an important part in passing on the wisdom of distinguished past Radicals and Democrats who are no longer with us. Often it was their past struggles which pioneered social changes that we welcome or take for granted today.

Although the labour historian C. Desmond Greaves (1913-1988) spoke at many public meetings throughout Ireland and Britain in his fifty years of political activity, there are few recordings of his speeches.

History Online will make available recordings of the actual words of Greaves and other modern Irish Radicals who contributed to significant developments in recent history.

Speech at the commemoration of Chartist Leader Bronterre O’Brien

At an open-air public meeting in an East London cemetery in 1986 Desmond Greaves gave a commemorative lecture on the Chartist leader Bronterre O’Brien. The Chartist campaign for universal suffrage is the central theme of his talk. Greaves describes how the Chartists influenced personalities such as Daniel O’Connell and Karl Marx. He emphasises the impact which a cataclysmic event like the French Revolution can have on the drive for social change and makes some contemporary points regarding democracy and the drive for EU integration.

The Republican Congress of 1934

George Gilmore (1898-1985) fought in the Irish War of Independence and took the Anti-Treaty side during the Civil War. He came from northern Protestant background and was radical in his political outlook, being a committed leftwing Republican. He acted as secretary to Sean Lemass in the early 1920s before Fianna Fail was founded. Along with fellow radicals Peadar O’Donnell, Frank Ryan, Charlie Donnelly and Roddy Connolly he played a leading role in the foundation of the Republican Congress of 1934.

The Republican Congress was involved in a variety of political activity on issues such as workers’ rights and housing. Its approach managed to cross the sectarian divide, particularly in Belfast. One of its most significant achievements was to bring a contingent of Protestant workers from the Shankill Road to the annual Wolfe Tone Commemoration at Bodenstown in 1934.

George Gilmore supported progressive causes all his life, wrote articles and pamphlets in their defence and was widely regarded as a classical Protestant Republican in the Wolfe Tone tradition. In 1976 he delivered a paper on the Republican Congress to a public meeting organised by the Irish Sovereignty Movement. Fortunately this speech was recorded. On the audio tape he is introduced by Micheál O’Loingsigh, chairman of the Irish Sovereignty Movement. There is some interesting audience participation in the discussion on the paper.

Republican leadership during the War of Independence

George Gilmore also delivered a paper on the leadership of the Republican  Movement  during the War of Independence. The occasion was a public meeting organised by the Dublin  Wolfe Tone Society. Eamon de Valera, Austin Stack, Ernie O’Malley and Countess Markievicz are mentioned in his contribution.

In this he describes how following a unity convention of advanced nationalists after the Easter Rising, the radical influence of James Connolly was replaced by the moderate views of Arthur Griffith and Eoin MacNeill. The growing Irish Labour movement remained organisationally uninvolved. Spontaneous land agitation for the division of large estates was supressed by the leadership of the IRA, making the concept of a Republic meaningless to the less well-off in rural society. There was no particular reason why the workers should support the Republican side during the Civil War of 1922-23. This was possibly a decisive factor in deciding its outcome.

History Online has made these audio recordings available online. It would be appreciated if Twitter users would register as followers on this website in order to avail of announcements of additional material. You may also use the e-mail facility provided for the same purpose.

Liam Mellows’s fight for Irish freedom
Liam Mellows (1892-1922) was one of the more socially aware leaders of the Irish Independence Movement. His political career started at an early age when he joined Na Fianna Eireann in 1911. He was later active in the Irish Republican Brotherhood and went on to become commander of the Western Division of the Irish Volunteers. During the 1916 Easter Rising he played a leading role in the area around the West Galway town of Athenry. In 1918 he was elected as a Sinn Fein TD to the First Dáil Eireann. He became director of supplies for the GHQ staff of the IRA.

Liam Mellows was much influenced by James Connolly, Countess Markievicz and Tom Clarke. Following the failure of the Easter Rising he escaped to America. Along with John Devoy and Harry Boland he helped to organise Eamon de Valera’s tour of the USA, where they raised funds for the struggle at home and campaigned politically for recognition of the Irish Republic.

Mellows took the Anti-Treaty side in the Civil War (1922-1923). He was concerned at the lack of working-class support for the Republican side and its consequent political weakness. He was influenced by the socialist republican Peadar O’Donnell during the occupation of the Four Courts and he wrote there an outline programme that might appeal to working-class people and the Labour movement in the hope of inducing them to support the Republican cause. This was titled Notes from Mountjoy Jail and was later published.

While Mellows was imprisoned by the Provisional Government in December 1922 the Government-supporting TD Sean Hales was assassinated. As a reprisal the Free State Government executed Liam Mellows, Rory O’Conner, Joe McKelvey and Dick Barrett. This was one of the most barbaric incidents of the Civil War as all four prisoners had been in prison for several months, making it impossible for them to have had any hand, act or part in the assassination of Hales.

Mellows’s career as the most socially radical of the Republican leaders of that time is described in detail in C. Desmond Greaves’s classic study of the period, Liam Mellows and the Irish Revolution.

Peadar O’Donnell – Socialist Republican
Liam Peadar O’Donnell (1893-1986) was a political colleague and personal friend of Liam Mellows. Both shared a similar Left-leaning political outlook. During the War of Independence O’Donnell was an IRA leader in Co. Donegal and Co. Derry. He was also a trade union official with the IT&GWU, in which capacity he led several strikes to improve workers’ pay and conditions. In the 1920s and 1930s he was a prominent advocate of the agrarian struggle for the division of large estates to benefit small farmers and landless labourers.

Peadar O’Donnell took the Anti-Treaty side in the Civil War. He influenced Liam Mellows during the occupation of the Four Courts, when it was bombarded by Free State Artillery. Although avoiding detection while vacating the building, he was eventually arrested. While in jail he participated in hunger strikes and prison escapes. As an important Republican leader in the Civil War he was sentenced to death by the Free State Government. The cessation of hostilities saved his life. Unlike Liam Mellows who was cut down in his prime, Peadar O’Donnell went on to live a full life as a political activist and distinguished novelist and literary figure until his nineties.

While in detention in 1923 O’Donnell was elected a Sinn Fein TD. On his release from internment the following year he became a member of both the Executive and Army Council of the post-Treaty IRA, whose constitution he is said to have drawn up. In the 1920s and early 1930s he tried to steer the Republican Movement in a political direction, which was necessarily oriented towards the Left. He established the Irish Working Farmers’ Committee and the Anti-Tribute League in the mid-1920s to campaign for the non-payment of land annuities to Britain. His call for non-payment of these was taken up by the rising Fianna Fail Party, boosted support for that party and was implemented by Fianna Fail in government after 1932.  In 1931 O’Donnell helped initiate Saor Eire as an IRA-sponsored political party, but it was banned by the Free State Government of the day.

Having failed to persuade the IRA to “go political” Peadar O’Donnell resigned from the IRA along with George Gilmore, Frank Ryan and others and established the Republican Congress. This was a popular-front-type movement consisting of affiliated socialist, trade union and Republican organisations that aimed to pressurize the new Fianna Fail Government into taking a more anti-imperialist direction from the Left. O’Donnell from the Republican Movement and Sean Murray from the Communist Party were the two key people in establishing it. In 1934 The Republican Congress split on the issue of whether the central political demand should be “The Republic”, meaning national independence and national unity, or “The Workers’ Republic”, meaning socialism. O’Donnell, Gilmore, Ryan and Murray supported the former view on the ground that their disagreement with Eamon De Valera’s Fianna Fail Government was not that it was not socialist, which it never claimed to be, but that it was not genuinely anti-imperialist even though it claimed to be Republican. They believed that socialism was a practical impossibility unless a genuinely independent State was first established capable of legislating socialist-type measures.

In the 1920s and early 1930s O’Donnell edited the IRA paper, An Phoblacht. In the 1940s he edited the literary journal, The Bell, which he co-founded with Sean O Faolain in 1940. He wrote several fine novels, among the better known being Islanders, The Big Windowsand Proud Island. He also wrote political memoirs, The Gates Flew Open and There Will be Another Day, and much political journalism. In later life he supported such causes as the Anti-Vietnam War agitation in the 1960s and 1970s, the anti-EEC campaign around the 1972 EEC Accession referendum, and the Anti-Apartheid Movement.

Nobody was better qualified to speak about Liam Mellows than Peadar O’Donnell. For this reason he was the principal speaker at the Liam Mellows Commemoration organised by the Connolly Association in London in 1972. The meeting was chaired by Sean Redmond. Fortunately his speech on that occasion was recorded and is now available in audio form at historyonline.ie.

email feedback
We use cookies on our website to give you the most relevant experience by remembering your preferences and repeat visits. By clicking “Accept”, you consent to the use of ALL the cookies.
Cookie settingsACCEPT
Manage consent

This website uses cookies to improve your experience while you navigate through the website. Out of these, the cookies that are categorized as necessary are stored on your browser as they are essential for the working of basic functionalities of the website. We also use third-party cookies that help us analyze and understand how you use this website. These cookies will be stored in your browser only with your consent. You also have the option to opt-out of these cookies. But opting out of some of these cookies may affect your browsing experience.
Necessary Always Enabled
Necessary cookies are absolutely essential for the website to function properly. These cookies ensure basic functionalities and security features of the website, anonymously.
Functional
Functional cookies help to perform certain functionalities like sharing the content of the website on social media platforms, collect feedbacks, and other third-party features.
Performance
Performance cookies are used to understand and analyze the key performance indexes of the website which helps in delivering a better user experience for the visitors.
Analytics
Analytical cookies are used to understand how visitors interact with the website. These cookies help provide information on metrics the number of visitors, bounce rate, traffic source, etc.
Advertisement
Advertisement cookies are used to provide visitors with relevant ads and marketing campaigns. These cookies track visitors across websites and collect information to provide customized ads.
Others
Other uncategorized cookies are those that are being analyzed and have not been classified into a category as yet.
SAVE & ACCEPT