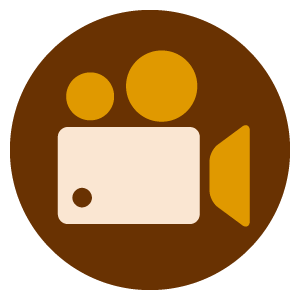 Radical politics generally, in a visual form, have been sadly neglected. History Online, by announcing three videos and more to follow, is hoping to make a modest contribution towards redressing this imbalance. These videos will explore radical aspects of recent Irish History in both Ireland and Britain.

The first video is a profile of political activist Anthony Coughlan covering his participation in public affairs from the early 1950s to the present, his activity in relation to civil rights in Northern Ireland in the 1960s and in opposition to European integration in the Republic from the 1970s to the 2000s.

The second video traces the evolution of the Connolly Association in Britain under the leadership of the late C. Desmond Greaves (1913-1988) into an organisation which exerted significant political influence in both Ireland and Britain in relation to civil rights in Northern Ireland in the 1960s and 1970s and the contemporary movement against EU integration.

A profile of Anthony Coughlan

Based on an interview with Irish journalist Owen Bennett, this profile covers Coughlan’s involvement in student politics at University College Cork in the 1950s. This was followed by his emigration to Britain in 1958 and his participation in the Connolly Association there.

During the early 1960’s he returned to Ireland to work as a lecturer at Trinity College Dublin. From then on he concentrated on pressure group politics through participation in the Dublin Wolfe Tone Society in the 1960s and subsequently in various organisations which were opposed to European integration and favoured a No vote in successive Irish referendums on the EU from the 1970s until 2009. He was also involved in the Crotty, McKenna and Coughlan court actions relating to fair referendum practice.

Anthony Coughlan is again interviewed by journalist Owen Bennett discussing the work of the Connolly Association, Britain, from its foundation in 1938 until the 1970s. The personalities who were active in the Association are considered – in particular the labour historian and left-wing activist C. Desmond Greaves (1913-1988).

The Connolly Association’s work initiated the drive for civil rights in Northern Ireland, culminating in Greaves’s formulation of the demand for a Bill of Rights as the way to prevent discrimination there and open a peaceful way to Irish national reunification. This prefigured some features of the 1998 Good Friday Agreement.

email feedback
We use cookies on our website to give you the most relevant experience by remembering your preferences and repeat visits. By clicking “Accept”, you consent to the use of ALL the cookies.
Cookie settingsACCEPT
Manage consent

This website uses cookies to improve your experience while you navigate through the website. Out of these, the cookies that are categorized as necessary are stored on your browser as they are essential for the working of basic functionalities of the website. We also use third-party cookies that help us analyze and understand how you use this website. These cookies will be stored in your browser only with your consent. You also have the option to opt-out of these cookies. But opting out of some of these cookies may affect your browsing experience.
Necessary Always Enabled
Necessary cookies are absolutely essential for the website to function properly. These cookies ensure basic functionalities and security features of the website, anonymously.
Functional
Functional cookies help to perform certain functionalities like sharing the content of the website on social media platforms, collect feedbacks, and other third-party features.
Performance
Performance cookies are used to understand and analyze the key performance indexes of the website which helps in delivering a better user experience for the visitors.
Analytics
Analytical cookies are used to understand how visitors interact with the website. These cookies help provide information on metrics the number of visitors, bounce rate, traffic source, etc.
Advertisement
Advertisement cookies are used to provide visitors with relevant ads and marketing campaigns. These cookies track visitors across websites and collect information to provide customized ads.
Others
Other uncategorized cookies are those that are being analyzed and have not been classified into a category as yet.
SAVE & ACCEPT